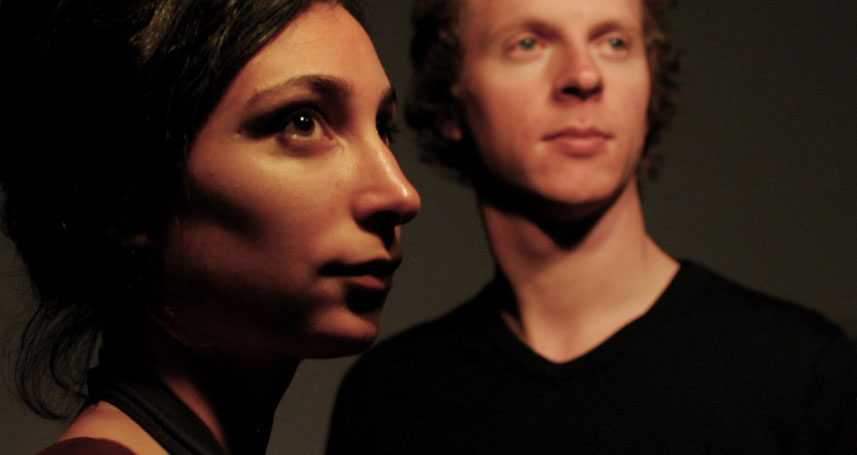 
Composed, arranged and produced by Dida Guigan and Marcel Zaes

The duo, LEL SAMAR PROJECT, made up of the Lebanese-Swiss Dida and Marcel Zaes from Bern, has been in existence since 2010. Driven by their fundamentally different musical backgrounds, they have already developed four concert programmes and toured Italy, France, Switzerland, Lebanon and Egypt. In 2012, the Swiss culture foundation Pro Helvetia invited the duo to take residence in Cairo for half a year in order to test their musical approach inspired by Arabic ingredients. GRAIN DE CIEL is what came into being in Cairo. Traditional Arabic poems, Armenian phrases and rhythms form an unconventional and poetic mixture with Dida‘s tunes and texts, often sung in a fantasy language or in Dida‘s native French and infused with Marcel‘s abstract sound clouds and beats, enhanced by a specially developed tetrachord string instrument. GRAIN DE CIEL assembles and combines five original compositions into a single almost hour-long work.